A Service offered by RoxAnn Madera and Help Your Health

A Symbol of Good Luck and Fertility

Posted on July 31, 2018 By yogatherapyalacarte 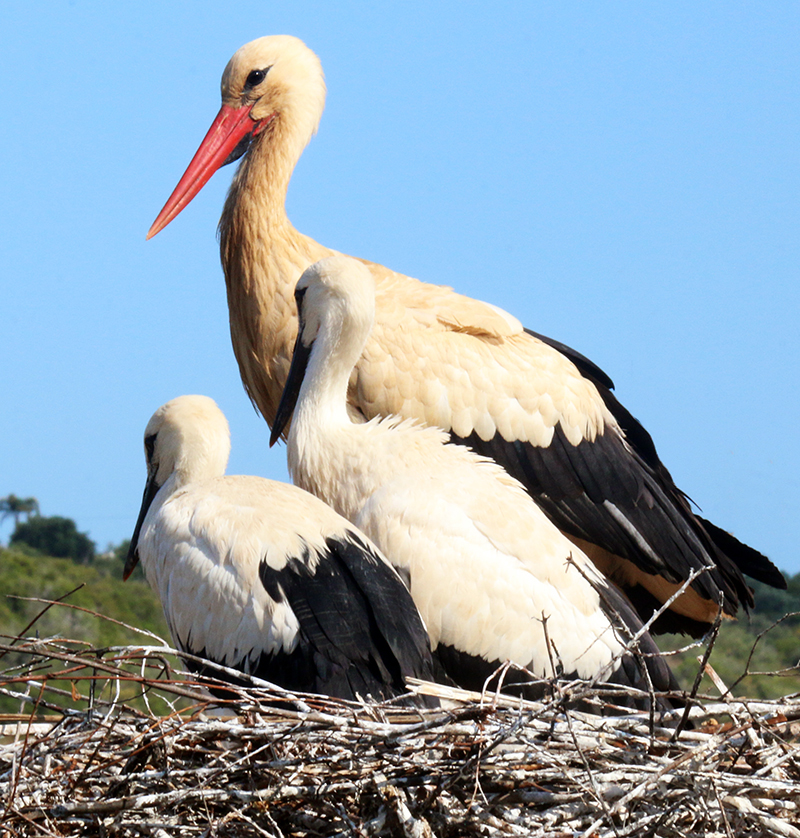 Storks from all over Europe (that used to migrate to the sub-Sahara in the winter) have flocked to Portugal in the last 20 years to the point where the population has grown from about 1,000 in 1995 to 14,000 in 2014. In the past the storks would fly south to Africa in the summer, and return to Europe at the end of the winter, however in the last 20 years white storks have begun to stay in Portugal all year round. White Storks are faithful to both their partner and nesting place each year and the building of the nest is carried out by the male and female together. The nests made are usually huge in size, constructed of sticks and branches, grasses, twigs, and other materials. The White Stork could never be mistaken for any other European bird. The adult reaches a standing height of 80 to 115 cm and has a wing span of 195 to 215 cm. It is easy to recognize by its white plumage, with black on its wings and shoulders, with a long red beak and red shanks. It is hard to distinguish between the male and female, and indeed often the youngsters can be almost as tall as the adult – the youngsters however have a black bill to differentiate them. (source algarveblog.net)

The picture above was taken by my partner Rolf, during our location scouting at the Algarve Coast, in the town Silves.

← Over The Influence
Don’t wait until you’re thirsty. →

This site uses Akismet to reduce spam. Learn how your comment data is processed.

How to contact HELP YOUR HEALTH 'Yoga Therapy A La Carte'